Whether you gave in to your impulse or spent months planning, you now have an adorable little addition to your family. While you plan for its needs and requirements- how much food it will consume, how big a bed it will need, how much exercise it will require- you may wish to estimate how big your puppy will grow eventually.

Gathering knowledge about your furry friend will equip you to better care for it. As tiny and cute as it looks now, the fact is that your little guy is going to grow- and pretty quickly!

When it comes to dogs, there are two main deciding factors for their size- their age as well as their breed.

The growth of a puppy is directly related to its weight. When the growth cycle is finished, an average adult dog usually weighs around twice the original weight it had at four months of age. Larger breeds typically double the weight they reach at five months of age. 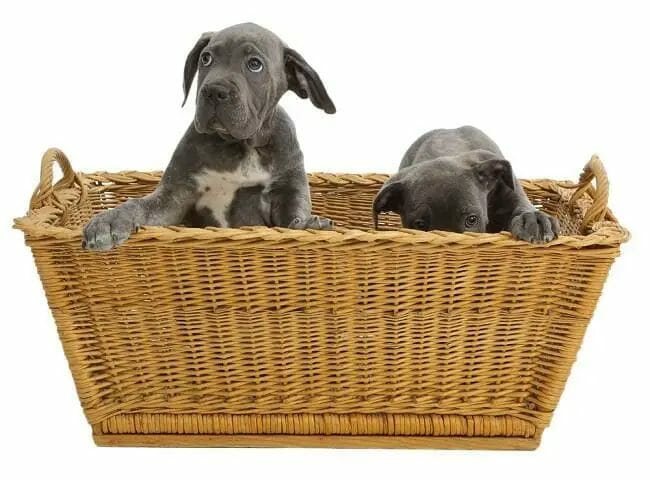 Several studies across various countries place the average growth time rate of a medium-sized dog between nine to ten months overall. Larger breeds take longer (from twelve to eighteen months). The only ones with a non-measurable growth rate are truly gigantic dogs such as Mastiffs, Grand Danes, and Rottweilers, who can keep growing well until they are three years old.

This article has been written with the purpose of offering guidance on every aspect related to the growth of your puppy, with suggestions on how best to care for your furry friend. While attention is essential on the owners’ side, it is important to consult a good veterinarian for professional advice.

How Big Will My Puppy Be?

Being prepared for the moment your puppy becomes a full-fledged dog is pretty significant because you need to be ready with adequate space for it as well as all the equipment it will need when it reaches its set size. Your vet can give you some insight into their habits, given their breed.

Just like any animal out there, different dogs have different needs given their size and breed. A German Shepherd does not require the same things as a Corgi, so there is no such thing as a one-size-fits-all solution to provide for them.

Before we start calculating the dog’s predicted height and weight, let’s look at an interesting video about the 7 stages of puppy growth and development:

Dog Years: The 7 Stages of Puppy Growth and Development - Dogs 101

Can I Check the Height of My Puppy Using a Weight Calculator?

As we mentioned earlier in this article, there is a basic procedure for this: an adult dog will double the weight they have at four months of age.

To put it in layman terms: if your 4-month old puppy weighs four pounds, it will weigh about eight pounds when it reaches adulthood, and this weight will be evenly distributed along its body.

One week after being born, your puppy should weigh twice what it weighed at the moment it was born. It should also have doubled its size by then. Average dogs increase their weight by five ounces a week, and their growth rate goes according to this development. Larger breeds experience this process more quickly since their weight gain is roughly 2.5 pounds a week.

Although the math to calculate the estimated weight of your puppy is not that hard, it can get very tiring, very quickly. You may need to keep checking this information periodically for health reasons, or because you are simply conscious about the state of your puppy’s development.

There are many computer-generated options that help you calculate your puppy’s estimated weight online. The most accessible one seems to be the one provided:

The usual information required by these weight estimator tools is listed below:

What Age Is a Dog No Longer a Puppy?

If we consider scientific input, most studies show that a dog is viewed as a puppy from the moment he’s born until he completes one year or 365 full days of age. They go through several stages of development very quickly, but they still need human assistance if they are under human care. Newborn puppies look tiny and helpless when they come to this earth, but they undergo a drastic transformation in the span of a year.

How Long Does It Take for a Puppy to Be Full Grown?

There is a particular correlation between the height of a dog and its weight. While in most dogs this process is evenly distributed, the final results will need a brief time of adjustments to settle completely. 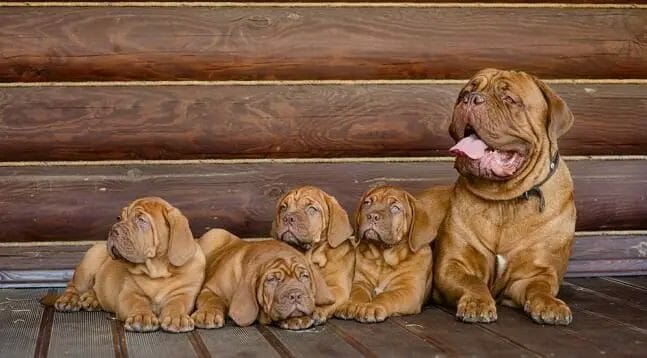 Even with these acknowledged figures out there, your puppy might reach a full height at a different moment. Breed and age play a significant role in these occurrences.

This is how it usually plays for some of the most well-known breeds out there:

When Do Puppies Grow the Most?

Science offers an easy answer to this question. The quick answer is that most of the growth and body development in puppies happens from the moment they are born to six months of age. The average periods where the most rapid growth rate occurs has been measured as follows:

Small breeds are the ones that develop faster. They also reach maturity the earliest.

Large and giant breeds’ development is prolonged; their maturity is likewise.

When your puppy reaches at least 65% of its height, its growth rate will decline, and it will be hard for you to tell if it is growing any larger. Another important thing to keep in mind, advises the Crazy Pet Guy, is that the growth of your puppy depends on its diet, and not every puppy has the same nutrition needs.

How to Tell How Big a Mixed Puppy Will Get?

This is a frequent question for people who adopt their dogs from shelters, given the fact that most such dogs are mixed breed. The process can be a tad difficult and a little expensive, but if it is important for you to know, you can ask your vet to run a DNA test to get the exact information for you. 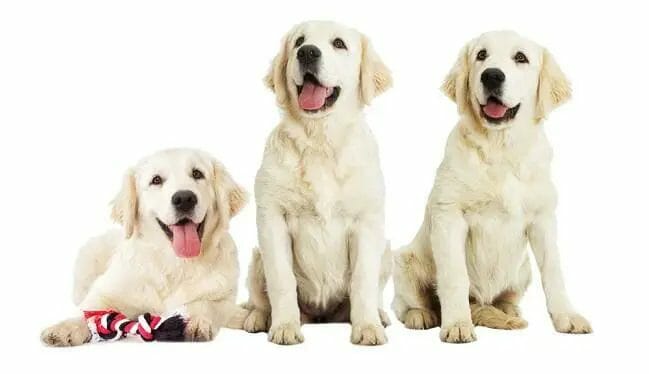 The test consists of a thorough study of a blood sample of your puppy for all the traces that can pinpoint their breed of origin. The analysis usually takes two weeks, and along with a size estimation, it can indicate if your dog is prone to have a medical condition.

If such a complex test is too expensive or time-consuming for you, there are other things you can notice about your new friend that can give you a hint at how big he will be, such as:

Many grandmothers used to predict the height of their grandkids just by taking a look at their feet. You can apply that method with your puppy too! A small-sized paw indicates that your dog will be average-sized. A young dog with a larger-than-average sized paw is probably going to grow big.

The reasoning behind paws as an indicator of size is that a dog would ideally have sufficiently big paws to handle its weight and size. However, this method of predicting a dog’s full-grown size is not very accurate, especially in mixed breed dogs.

If you catch a glimpse of loose skin on your puppy’s, it’s probably because he will grow into it in the future. Large saggy skin bags are signs of future growth. Small loose skin bags indicate it is a smaller breed. Again this is not a blanket rule and the type of skin can be affected by the DNA of the puppy to some extent.

The Height of the Puppy’s Parents

This one is pretty uncommon, but not impossible to check, especially if you live in the country and your puppy is given to you by a farmer or a local shelter. You can always ask the person giving out the dog for adoption about the height of the parents to determine the adult height of the one you have.

Bear in mind that the mother usually carries the dominant genes. Again, DNA structure might influence the outcome of this mean of prediction.

Apart from the factors we discussed so far, there are some additional factors that can affect a pup’s growth and final size.

Neutering can affect the size of your puppy as he reaches adulthood. This happens because sex hormones regulate their growth. A neutered dog can grow a little bit larger than others specimens of his own breed. They can also be prone to pack more weight.

While we have established that most dogs reach maturity after a year, most vets recommend waiting two or three years until the body of the dog is sufficiently developed to perform the surgery.

How Your Puppy Will Develop From Birth to Twelve Weeks?

Keeping track of your puppy’s development can be very exciting, especially if you are well informed on the matter.

After reading most of this information, you would now have a good idea of what is in store for you with your puppy. You can prepare yourself for the wonderful adult your little furry friend is going to become. Make sure to always have your vet a phone call away to make sure you are doing everything as you should.

3 thoughts on “How Big Will My Puppy Be – Height, Weight Chart & Calculator”